Tell your friends about After Mural For Malawi/portrait Of Sean

After Mural For Malawi/portrait Of Sean

Medium on Base : Acrylic on Linen

Status : Not Currently for Sale Online Tamirat is an Ethiopian-born Australian living in Melbourne’s west. He has completed a number of degrees, including a Masters of Fine Art at the VCA in 2012. He also received the Martin Foley MP Award for his work. He explores portraiture through the lens of his own
migrant experience, bringing light and strength to the stories of Australians from all walks of life. In 2009, Tamirat was also awarded the National Gallery of Victoria's (NGV) post-graduate encouragement award. He has also painted the portraits of many notable Australian figures, including former Victorian Premier Ted Baillieu, iconic Aboriginal artist and activist Uncle Jack Charles and Sudanese-born North Melbourne AFL star Majak Daw.

2014: Celebration of African Australians Award at Parliament of Victoria  Excellence of the year Award.

2012: Sydney Opera House, Named- 100 the most influential African Australian of the year. 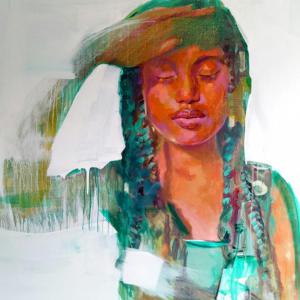 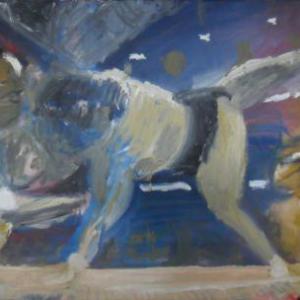 Still Not Satisfied??? I want more from Tamirat Gebremariam