Tell your friends about Mojo

Description : Also included is the starting point for this painting 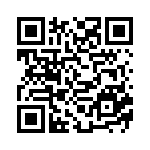 Medium on Base : Oil on Stretched Canvas

$50.00 Price discounted if you Pickup Sandra Nicolaides has worked in the arts all her life, but it has only been since 2014  that she started to paint.

'I’ve always wanted to paint,’ she said, ‘but things didn’t work out that way.  Mum dragged me along to ballet classes when I was three and that set the agenda for the next twenty-five years.  I got my first taste of professional theatre in Sydney when I was eight, dancing in Aida and Cavalleria Rusticana with the Italian Opera Company. Then, when I was thirteen, I won a scholarship to Scully Borovanski, which led to two years at the Arts Educational School in London, where I graduated in classical ballet (RAD).' '

When she returned to Sydney, aged eighteen, Sandra sought out the Julian Ashton Art School, in an attempt to leave ballet behind and learn to paint.   ‘But all we got to do was draw skulls. We were  lined up at easels in front of a row of human skulls  and we weren’t allowed to paint anything until we’d perfected drawing our skull.  I lasted a week without succeeding and then took off to Melbourne to dance in ‘The King and I’ at the Princess Theatre.’

After an eighteen-month tour of King and I, Sandra went on to dance in another nine musicals before making the  transition into acting. She was contracted to perform in plays in Melbourne, New Zealand and Perth and with theatre companies in Birmingham, Manchester and Wales, UK.  She also wrote and directed plays that were performed in Sydney, Melbourne and Tasmania.

‘Then I made another attempt to learn to paint—this time at the  SA School of Art.  I was also teaching Dance and Dance Drama at Hartley CAE (Adelaide) at the same time.'

As a result, she was awarded the Foundation Year Prize, an ANZ bank arts project prize and the Harry P Gill Memorial Prize and Medal as the most outstanding final year student. But she still hadn’t learned to paint.

After graduating, Sandra combined her acting and visual arts skills in performances at the Adelaide Fringe Festival, the Experimental Art Foundation and the Elizabeth Festival, SA.

Moving to Sydney, she  wrote and direct two plays  - 'What a Load of Rubbish'  with Death Defying Theatre and 'The Good Ole Aussie BBQ' .  Both plays were performed in schools across Australia.

‘I then ran the Community Arts Network in Hobart and lectured in Community Arts at the Tasmanian School of Art before travelling to Perth where I devised and taught a course, ’Art and Society’ at the WA Academy of Performing Arts.'

After that, Sandra travelled to Europe  on a 3-month Australia Council grant to research 'Art for Change'. That resulted in her writing a post-graduate diploma course for artists and government officers to work closer together. The course was accepted as a summer school at the Tasmanian School of Art.

Moving to Canberra as Manager, Cultural Planning for the ACT Government, Sandra won three awards from the Royal Australian Planning Institute and the American Planning Association.  She then created the first electronic cultural map of its kind for the ACT Government which was launched at the Australian National Museum. Over the next few years, Sandra helped eighteen regional councils develop their own cultural maps from the  template she had developed. The resultant Regional Cultural Map was also launched at the Australian National Museum. She presented the ACT Cultural Map at the Powerhouse Museum (Sydney) and at an international heritage symposium in Yogyakarta, Indonesia.

In 2014,  Sandra closed her cultural planning consultancy in order to start painting. The following year, she was accepted into the Nillumbik Open Studio program, which enabled her to open her studio to the public three weekends a year - the last two weekends of November and the first weekend of May each year.

Her method is to apply oils to a canvas randomly with a palette knife until she can see faces  appearing. Then she starts teasing out their bodies and strengthening the relationships between them. The diversity of expressions in her characters reflects the many years she spent in theatre and interacting with communities.

‘I had been bottling up oil painting for so long,‘ Sandra said, ‘the characters seem to tumble out of my canvasses —as if they had been trapped in my mind all these years and couldn'’t wait to get out.'

Her studio will be open to the general public on the last two weekends of November 2021 (10am - 5pm).   Private viewings can be arranged by appointment at other times - more information on www.artistsopenstudios.com.au. 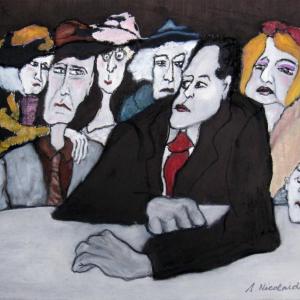 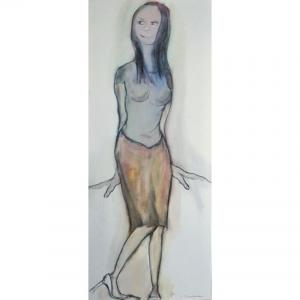 What Sort Of World Still Not Satisfied??? I want more from Sandra Nicolaides